We Will Work for the Glory of Our Lord

"The time has come for us to stand a little taller, to lift our eyes and stretch our minds to a greater comprehension and understanding of the grand millennial mission of this the Church of Jesus Christ of Latter-day Saints.  This is a season to be strong.  It is a time to move forward without hesitation, knowing well the meaning, the breadth, and the importance of our mission.  It is a time to do what is right regardless of the consequences that might follow.  It is a time to be found keeping the commandments. It is a season to reach out with kindness and love to those in distress and to those who are wandering in darkness and pain.  It is a time to be considerate and good, decent and courteous toward one another in all of our relationships.
Read more »
at 9:05 AM No comments: 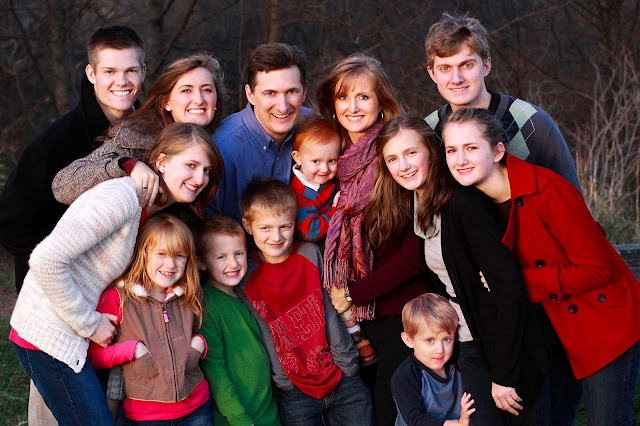 Big Family Events: We bought an RV and drove to Nauvoo, many church history sites and Utah! An amazing whirlwind adventure!  While in Utah we saw many family members (yea!) and we watched Brooks perform in three shows in the Utah Festival of Opera in Logan. For Thanksgiving we also took a shorter RV trip up to Michigan and saw many wonderful family members and visited some good friends, the Fredenberg's, on their new farm!
Read more »
at 6:57 AM No comments:

Last Saturday we were just arriving at the clinic as the author of the below article was preparing to leave.  It was also Tony's first day and a very eye-opening and inspiring experience for him as well!  It was quite eventful for us: a woman who was there for an abortion, already the mother of 15 year old triplets (she gave birth to them at 16 years old!) and two toddlers, came down to the sidewalk to talk.  It was VERY sad as she ended up going in when her name was called--a friend was inside for her--and it looks like she went ahead with her plans.  At least she never came out while we were there for about an hour more.  Her main concerns seemed to be money and losing weight after the birth.  She asked me if those things weren't concerns for me? I told her that when we do all we can to do the right things, according to the commandments found in the Bible, God opens doors in amazing ways. I could easily see she wasn't receptive to that thought at the time, but it is my very sincere prayer that she will remember those words sometime down the road and turn her life around!  She believed/hoped she was only 4-5 weeks along and didn't feel it would be a big deal if that were the case. :( She said she just wanted them to tell her the truth.  Jeannette told her that the truth is something she would not likely hear in that place...so true.


But the great news is that while we were talking to the above mentioned woman, Lisa stopped a car and convinced a mother to not abort!  She came back today for a free ultrasound in the RV (the Pregnancy Resource Center was closed on Saturday)!!! She is 13 weeks and rejoicing today that she didn't kill her baby girl!!!


I copied the below article off the cities4life.org website.
"Our whole congregation was recently invited to be a part of the compassionate ministry that takes place outside a local abortion clinic by fellow members that are passionately involved on the sidewalks.  I must admit I was always “moved”, many times to tears, to hear their frequent praisereports shared in church. The sheer enthusiasm exhibited by their countenance as they shared with us what God did, the lives spared, tears shed, the burden lifted from an emotionally mixed up mother now vowing to keep that precious child within her womb to term – I waited long enough.  I wanted be a witness to this. So on Saturday, December 10th our Pastor and several members met at the church, crawled into the church van and proceeded to one of these dark places in Charlotte where we would be praying for about an hour.  I was alarmed that here sat this non-descript building deep within the bowels of a business park. You would never guess that within this building, with no signage other than the street address, was a slaughterhouse where innocent human lives were being snuffed out in droves.
As my friend walked us around the “out of bounds” area they were allowed to minister from, I noted the prominent “No Trespassing signs” as well as the burly “Hired Thugs” that were “safeguarding” the entrance and exit of this house of

horrors. They were loud and boisterous, occasionally turning up their profanity laced rap in an effort to drown out the people speaking by the entrance. I was taken aback by the sheer number of cars in the parking lot there must have been 50-60! I asked my friend, “Are these clients?” He sadly replied “Yes, it’s really busy today.”
I continued to witness the atrocity occurring and my heart began to break, some entering alone, others with companions, male and female. Then I witnessed a younger lady hurriedly walk to the entrance and by her side was a very young girl who looked to be no more than 11 or 12, I surmised was her daughter, head turned down and away, they appeared ill at ease by the passionate plea from the PA, “Please M’am!…Don’t go in! We will help you!”  Only to see them disappear as the door slammed quickly behind them. I fell to my knees shaken and cried out, “Oh God of mercy!  Enough!” Tears began to stream down my face. I was broken, aghast, disgusted that I live in a place and time that the sanctity of human life was esteemed so meaningless. Our Politicians spineless to stop this barbaric genocide! The church not doing what it is called to do either!  I was reminded of  2 Chronicles 7:14 – “If my people, who are called by my name, will humble themselves and pray and seek my face and turn from their wicked ways, then I will hear from heaven, and I will forgive their sin and will heal their land.”
I began to pray in earnest for these emotionally broken women offering their babies up to sacrifice in this temple of doom! As we boarded the bus to head back to church, we were in stunned silence as we left this place; I believe each of us with a higher appreciation for life. And higher respect of the valiant efforts of dedicated, compassionate Christians, faithful on the sidewalks, snatching from the clutches of satan, just one life at a time, with determination and faith. God  bless those serving in this worthy mission. There is a higher hope – His name is Jesus Christ."
Agape,
Jimmy (Crossroads Community Church, Charlotte, NC)